It's remarkable how artists like Drake, in this modern arena are able to release an entire record with no promotion and take the world by storm. Much like Beyoncé did back in 2013 with the release of her fifth album Beyoncé. In a matter of days there was not a restaurant, store or media platform that did not have her album in rotation. More Life has received a similar, though less crazed reaction. Without a formal release date, press release, announcement or music video to promote the album, Drake has delighted fans and airwaves. It can all be attributed to the power of social media.

Conventional ways of releasing an album are truly becoming obsolete. As a fan I can easily say that no one hates this move more than the record company executives and owners. These are the people who make the real dollars when an artist’s work goes platinum. Nonetheless, no one cares about those people when we have been granted a new tracks and there is great music to be heard. And whatever efforts Drake put into More Life has undoubtedly produced an overabundance of flame emoji posts.

We went from no new Drake music one day to an album and music the next. #Blessed

Drake finally shared his new “playlist”, More Life, on OVO Sound Radio. He described his word choice of a playlist instead of an album, saying:

“I’m off like mixtapes, I want to do a playlist. I want to give you a collection of songs that become the soundtrack to your life, so this More Life: The Playlist . . . Just really excited. I had a great tour, I had a great summer. And most people would like go probably take a break, but for me I just want to get right back to it. Be with the people again.”

While the lack of advertising has not dampened sales and exposure, ChampagnePapi (as per his Instagram) had no problems getting his More Life message across. With the release of “Two Birds, One Stone,” things got uncomfortable as Drake burned fellow rappers Kid Cudi and Pusha T. The diss prompted Cudi to clap back ferociously on Twitter. Begging the question, who needs promotional funds for an album when rappers can get caught up in their feelings and provide free media coverage?

On the business end, there’s been some talk that with the completion of More Life, Drake has met his agreed album quota with Cash Money/Young Money and could free to be courted by other labels. Moving forward Drake has a multitude of stages and opportunities in an industry thirsty for his flair. It is safe to say that while his albums may evolve, what we do know is that he’ll continue to rep The 6ix, be a singer/rapper and roast players in the rap game as he sees fit.

Below is the track list and cover art for "More Life". Don't forget to comment below and let us know what you think. 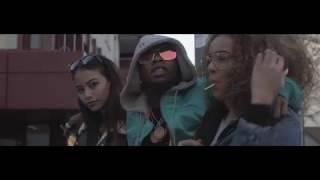